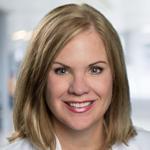 Research Interests
Dr. Cleveland received her Master’s degree in Nursing as a Pediatric Nurse Practitioner (PNP) at the Medical College of Georgia and her PhD in parent/child nursing research at the University of Texas at Austin. She is a practicing PNP and an International Board Certified Lactation Consultant. Her research is focused on health disparities in underserved women and infants.

Dr. Cleveland has served as a consultant on several Housing and Urban Development grants focused on early childhood development and environmental pollutants. She is currently the PI on 3 Texas Department of State Health Services funded projects focused on substance use disorders in pregnancy and neonatal abstinence syndrome. These projects include the development of a “toolkit” and statewide education to expand a successful, integrated program for treatment of pregnant and parenting women with substance use disorders. She is also conducting research in a neonatal intensive care unit to explore the impact of skin-to-skin contact on stress and attachment in substance exposed mother-infant dyads. This study incorporates the measurement of biological markers to include maternal and neonatal salivary cortisol levels and their attunement within dyads.

In addition to her clinical research, Dr. Cleveland is interested in the use of technology to create and evaluate interactive, case-based, learning activities. She developed, implemented and evaluated the Baby Boy Jones Interactive Case-Based Learning Activity which now serves as a prototype. She continues to work toward the development of a scalable process for the creation of additional case-based activities to include the evaluation of learning outcomes using this technology.

Cleveland LM, Minter ML, Cobb KA, Scott AA, German VF. Lead hazards for pregnant women and children: Part 1: Immigrants and the poor shoulder most of the burden of lead exposure in this country. Part 1 of a two-part article details how exposure happens, whom it affects, and the harm it can do. American Journal of Nursing 2008 Oct; 108 (10):40-49.